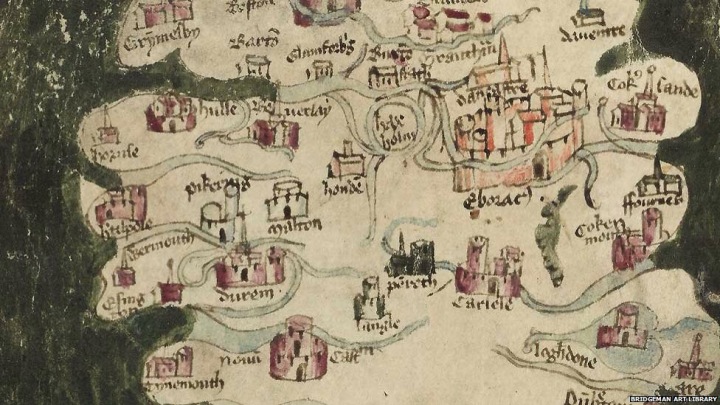 What follows is a dramatisation (very) loosely based on real events during rehearsals by members of the Wars of the Roses company for the play, Edward IV, on Friday afternoon, 21st August, 2015.

King Henry & court have removed themselves north following an uprising in Kent led by Jack Cade. At the start of the scene, the devastatingly handsome Earl of Somerset bitterly informs the King and Queen of the loss of most of the French territories. However, the scene is interrupted by Clifford & son who have galloped hot-foot from the capital to notify His Majesty that the rebels have been apprehended and their insurrection put down.

OLD CLIFFORD  Health and glad tidings to your majesty.

KING  What news, my lords? Is Cade discomfited?

OLD CLIFFORD  Ay, he is fled, and all his powers do yield: and humbly with their halters on their necks expect your highness’ doom, of life or – actually Trevor, can I just ask, these rebels, are they with us, right now? I mean, are they, you know, sitting in a van outside, or something?

TREVOR  (Drily) No, Olly, I think that’s highly unlikely. There’d be rather a lot of them. Are you suggesting you’ve dragged hundreds of prisoners all the way from Southwark?

OLD CLIFFORD  Well, I don’t know. Erm, where are we now exactly?

TREVOR  Kenilworth. The King is in Kenilworth Castle. Near Warwick.

YOUNG CLIFFORD  Oh. I thought he was in Killingworth.

TREVOR   Killingworth? That’s a town in Tyne & Wear, isn’t it? Why would the King be all the way up there?

KING   Why not? Nothing wrong with Tyneside. Good nightlife.

YOUNG CLIFFORD  It’s just it says in the opening scene that the King’s going to Killingworth.

QUEEN  There’s a Killingworth Castle. In Oxfordshire. That’s quite close, isn’t it?

TREVOR  Look, I’m sorry, folks, it very clearly states at the top of the scene, Kenilworth.

YOUNG CLIFFORD  Then why in the last scene have I just told everyone that we’re going to Killingworth? Brief away-break?

Pause as Trevor scrutinises script. Then…

TREVOR  (sighs) Look, chaps, I think what we’re dealing with here is a classic Barton-ism. A side-effect of squeezing four plays into three. For our purposes, your journey up North has been diverted to the Midlands. Ok?

QUEEN  What are we doing in Kenilworth anyway?

ALEXANDRA GILBREATH (not in scene, just happens to be watching)  Well, the Castle café does a very good cream tea, as I recall.

TREVOR (patiently, ignoring Alexandra) You’re waiting for news of the defeat of the rebellion, Joely. At Kenilworth Castle. In Warwickshire. Not the Tyne and Wear. So could we now please –

YOUNG CLIFFORD   Hang on, are you saying we’ve come all the way from South London with a bunch of lags via Newcastle-upon-Tyne??  We must be completely knackered.

Laughter getting out of hand

TREVOR  (remarkably patiently) No, Newcastle doesn’t come into it, Larry. You never go near a Geordie the entire play. Focus exclusively on Kenilworth, please. In Warwickshire.

SOMERSET (unhelpfully) So we could all pop up the road to Stratford, I suppose. Take in a play? Guided tour?

TREVOR  (commendably patiently) Can we just content ourselves with the Cliffords leaving their prisoners back in London and crack on with the rest of the scene? So, Olly and Larry, from your entrance please…

OLD CLIFFORD  Health and glad tidings to your majesty.

KING  What news, my lords? Is Cade discomfited?

OLD CLIFFORD  Ay, he is fled, and all his powers do yield: and humbly with their halters on their necks expect your highness’ doom, of life or – sorry Trevor, whereabouts in London exactly?

TREVOR  (patience of a saint) Tower of London? London Bridge? London effing Eye? Supremely unconcerned, Olly, to be honest. I merely long to watch the scene.

EXETER  (suddenly chipping in) Let’s not forget that York’s just come over from Ireland.

QUEEN  Afternoon Geoff. Aren’t you supposed to be in Brittany?

EXETER  No no, I pop over there in a couple of scenes. Still with you for now, Joely.

YOUNG CLIFFORD  Good point about York, Geoff. Where would he be right now?

EXETER  Angelsey. Ferry from Dublin to Holyhead, I would have thought. (Winks).

SOMERSET  And Warwick’s gone to meet him, hasn’t he?

EXETER  Yes, I’m about to make my entrance and inform you all of that.

SOMERSET  Right. Sorry Geoff, who are you at the moment?

SOMERSET  (also checking script) Earl of Somerset. I think. Although I’m about to be someone else fairly soon.

EXETER  Yup, me too. Gotta keep your wits about you in this thing, haven’t you?

OLD CLIFFORD  So, just to be clear, the Cliffords are visiting Lancaster, Somerset and Exeter in Warwick, and Warwick’s meeting York in Wales.

OLD CLIFFORD  Christ, the tailbacks must be horrendous.

KING  Yup, like a Bank Holiday weekend when it’s pissing down. 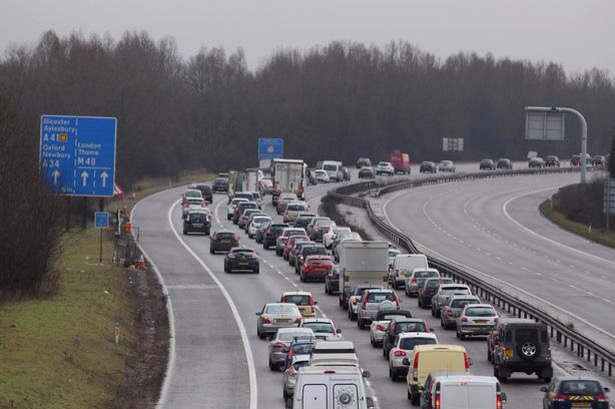 With special thanks to GoogleMaps.